How to reach us

Mercanteinfiera takes place at the Parma Fairs.
Find out how to reach us:

From the motorway exit (A1) you can reach the Parma Fair directly and quickly thanks to the new coplanar artery that connects it directly with the motorway exit. Milan, Bologna, Verona are about an hour away by car. Florence, Padua, Turin and Genoa a little more. The Parma ring road allows you to quickly reach every point of the city. In this way, the Parma exhibition center can also be reached quickly from the spa towns of Salsomaggiore and Tabiano. The exhibition center also has over 9,000 parking spaces. GPS coordinates: 44 ° 50’47.27 “N 10 ° 17’24.00” E (4)

The Fair can be reached in 10 minutes by bus thanks to a shuttle bus service active during the event that connects it with the city center and the railway station.

DEPARTURE:
from the stop for lines 3 – 4 – 5 on the north side of via Mazzini (corner of via Carducci).

STOPS:
on request, in correspondence with all existing urban poles along the aforementioned routes.

information about the shuttle

The Parma railway station is on the Milan-Rome route and is connected with the main interchange nodes of Northern Italy.

The airports of Milan Linate (120km) and “Marconi” of Bologna (90Km) can be easily reached in less than an hour from the Parma exhibition complex. Milan Malpensa and Verona airport are separated by a little more. Parma’s “Giuseppe Verdi” airport is adjacent to the exhibition facility and has connections with various national airports. 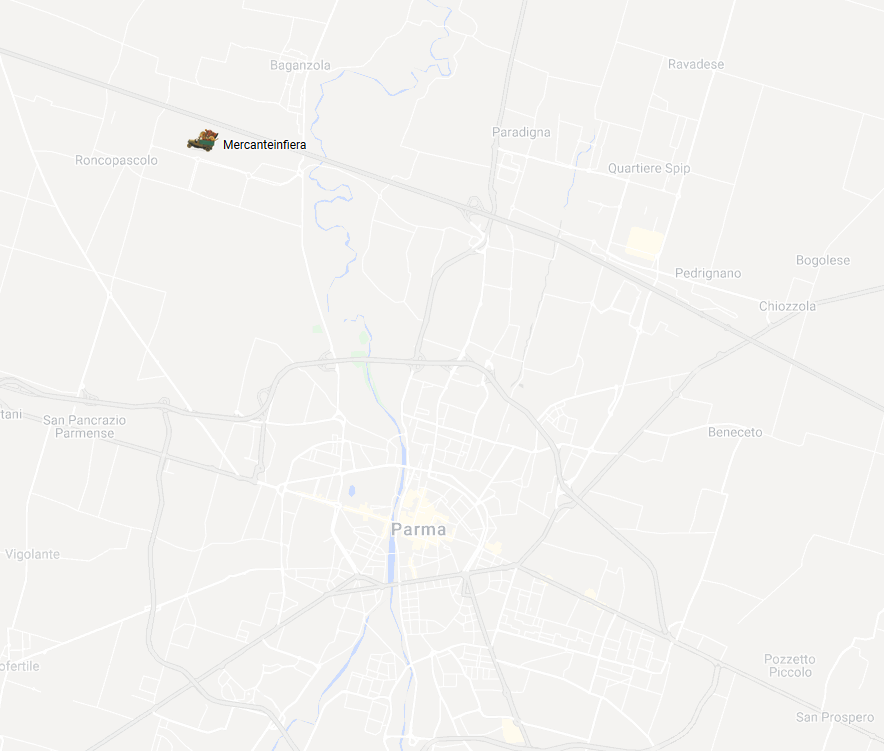